In the recent appointments done, the ICT cabinet secretary appointed a man who is dead to the Kenya Film and Classification Board. Mr Robert Kochalle who was reappointed to the board had died on May 28, 2018.

“In exercise of the powers conferred by Section 11A (e) of the Film and Stage Plays Act, the Cabinet Secretary for Information, Communications and Technology, re-appoints Gathoni Kung’u, Robert Kochalle, Nereah Alouch Okanga as members of the Kenya Film Classification Board, for a period of three (3) years, with effect from the 21st October, 2019,” read the gazette notice. 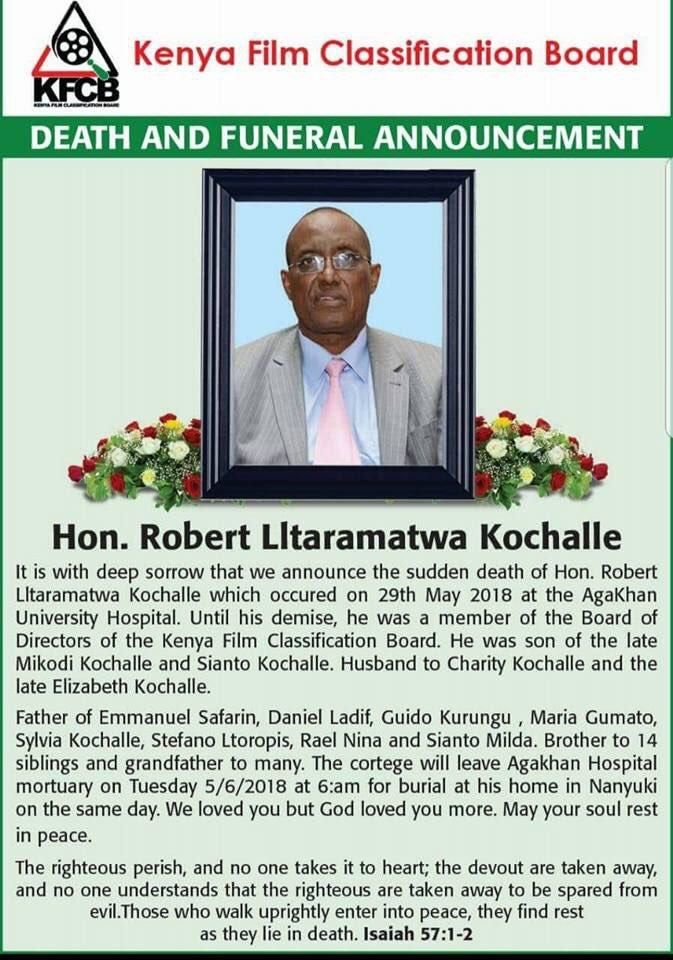 The obituary for Mr Robert Kochalle when he died.

in a statement posted on Twitter by the KFCB boss, he explained that the matter was being blown out of proportion, noting that it was a mistake.

“The board presented the notification to the ministry for replacement and inadvertently he was reappointed. It was not CS Mucheru’s mistake at all,” read an excerpt of the post.

Despite the clarification by the KFCB boss Mr Ezekiel, the appointment angered alot of Kenyans on social media.